I would guess that most of you have probably already listened to the episode since we posted it over a week ago, but if you haven't, go ahead and listen HERE.

Upon more research, we found out that Hammer's Dracula was released in the US as Horror of Dracula. Those of our listeners lucky enough to be in the UK could watch the 1958 release on Blu Ray with some of the mythical "Japanese version" scenes edited in. For those of us here in the States, we'll have to stick with the original release on DVD, I'm afraid. No worries though, it's only around $7 on Amazon with other Dracula releases. 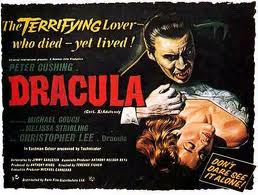 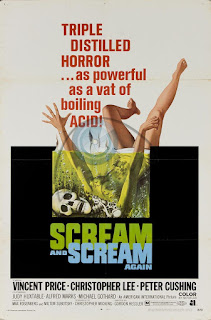 Enjoy the films and we look forward to hearing from you soon!