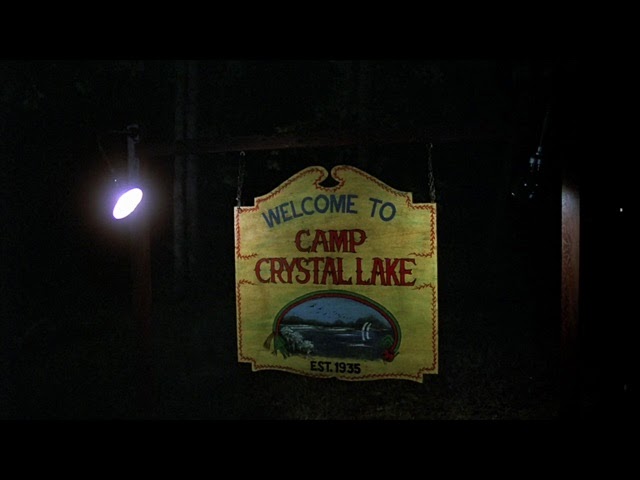 I've been feeling pretty nostalgic lately. There's really no reason for it other than I've just been thinking about some fun times I had when I was a kid in grade school. I've mentioned this before in previous episodes, but I've always loved the Friday the 13th movies. More specifically, the first through the fourth films in the series. I don't mean to be pretentious though—I've seen them all and every time another comes out, me, Ryan and all of our remaining pals are in the theater. I love the whole series. I'm sure most of you feel the same.
I can't remember how old I was the first time I'd seen Jason Vorhees, but I remember vividly the night I caught my first glimpse of him. My parents had left me and my little sister in the care of neighbor kid who used to baby sit us every once in a while. Thinking about it now, he was probably only in junior high school at the time, but he seemed like an adult. I remember him being one of the neighborhood badasses. He listened to Ozzy and Motley Crüe and wore a denim jacket with the sleeves cut off. Sounds like a nightmare of a babysitter but the guy was really cool and a lot of fun. He never had chicks over or smoked or drank, but he LOVED horror movies. His name? Jason. No kidding.
Cable TV was a new thing for us. I don't know how long it had been around before my parents got it, but it seems like it was a pretty groundbreaking thing for my family to have it. At least in my neighborhood. I'm pretty sure that's one of the reasons that Jason was so eager to babysit for my folks. He'd come over, talk music, show me some stuff in Circus magazine and hang out with me and my sis until it was time for bed. Once we were down for the night, Jason turned on HBO.
One night after Jason had put us to bed, I got back out about an hour or so later to use the bathroom, or get a drink, or whatever. The whole house was dark except for the electric glow coming from the living room. I walked down the hall to see what was going on and the first thing I saw was some creep on the TV with a sack on his head with one eye-hole cut out. I'm pretty positive he had a pick-axe in his hands. Jason (the hessian babysitter, not the murderer) just kind of glanced over at me like he wanted to see how I was going to react. 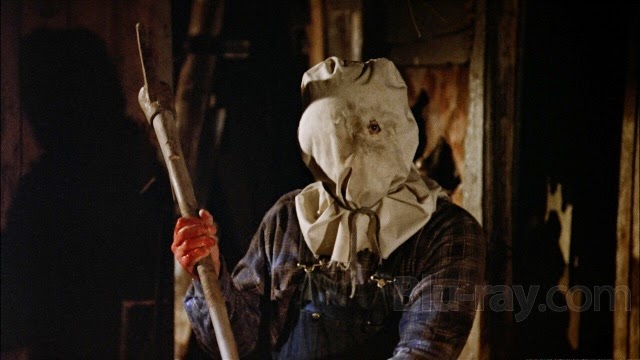 I didn't really have a reaction. As a little kid, I'd never seen any kind of horror film and didn't really know what I was looking at. I told Jason (not the killer) goodnight and just went back to bed.
Months later when I was in the video store, I discovered the horror section. I didn't get to see any of the movies, but I'd look at the VHS cases the whole time we were there. I remember The Changling, The Town that Dreaded Sundown, and of course, Friday the 13th. I figured out who Vorhees was from the back of the box and became intrigued. Mom didn't like it. Oh, and she HATED my obsession with Iron Maiden and Eddie.
The first Friday the 13th film I watched from beginning to end was The Final Chapter. I was in 5th grade and my parents had moved to a very wooded neighborhood by the Weber River in Ogden. We all called it "The Woods". Although it was a pretty nice neighborhood, the undeveloped area right along the river was pretty dicey. There were train tracks nearby and it was common to run into transients when we were down there riding our bikes. I'm pretty sure Ryan still frequents the place to solicit sex, but that's for another horrifying post.
Anyway, my buddy in 5th grade was having a sleepover for his birthday. Me and a bunch of my other friends crammed into his Mom's house with our sleeping bags and snacks. His mom went to bed and left us to tear the place apart. She was nice enough to rent us Friday the 13th from Video Express too. We popped it in the VCR and horror ensued. 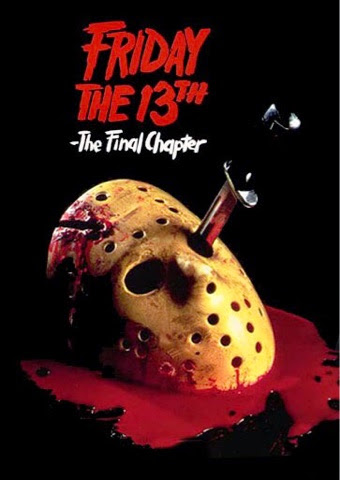 Ohhhh, boy did horror ensue. I didn't sleep a wink. It scared the hell out of me. I was traumatized for months living in the damn woods. It was my first real experience with a horror movie. It was like nothing I'd felt before.
Since then, horror films have never had the same effect on me. Part of me is glad for that, but part of me wishes I could experience that terror again for the first time. I have quite a few horror movies that I really love for sentimental reasons, but the Friday the 13th films hold a very special spot on the sentimental chart for me. Jason Vorhees and his wretched mother started it all for me.
I watched the first movie again last night while I sat next to my nine-year-old while she was watching some tweener sitcom on the Disney channel. I kept my iPad tilted at just the right angle so she couldn't see it. As I watched Mrs. Vorhees terrorize Kevin Bacon and co., I couldn't help but remember a little Jim, much younger than my daughter is now, catching his first glimpse of a horror film. Deep down inside, I kind of hoped my daughter would catch a glimpse too. The father in me prevailed though and I kept Camp Crystal Lake to my self.
For now...
Wellington!
Jim
Posted by Crypt of the Macabre