As the dog-days of summer draw on and hopefully near their end, we return to spoil your hearing with another discussion of the unholy. Don't worry about adjusting the EQ on your digital device: yes, we're from the United States. Yes, we're Westerners on top of that. You shouldn't mind though. This is the 21st century, after all. Those of you who wish to cast judgement are no better than those to who would open a reformatory to torture young women in the 1970's! Or perhaps scare a child to death by claiming they know there is an apparition possessing them to act out...

You get where we're going with this?

Good. That means you've done your homework and you are welcome to listen to episode 42 where we discuss House of Whipcord and The Innocents.

After the reviews and general unpleasantness, we have a pretty good Macabre Minute. You'll want to check it out.

Our films for episode 43 are: 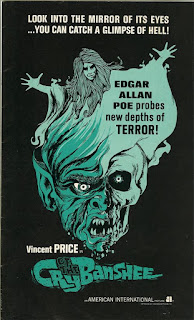 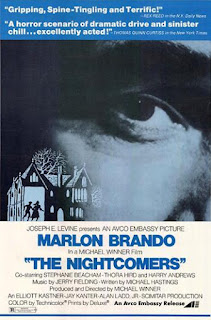 Here's why Jim picked The Nightcomers--

"Strips the artistry of the Henry James original and leaves us with a hairy, overweight, naked and sweating Brando brutally kneading Stephanie Beacham's breasts into new shapes..."
--Brian Holcomb

Sounds good to me.