We didn't make our Halloween deadline because of domestic problems in Jim's town. Let's be honest though--we rarely make deadlines. after a few years you should be used to it by now. We're not proud of it, but it's kind of the norm.

For those of you who have not downloaded it already, you can find episode 44 right HERE.

We discuss a bunch of music and read some great emails & then discuss our favorite animals in horror during the Macabre Minute. As always, we have some good discussion about the films we picked--Symptoms and The Fearless Vampire Killers.

Our films for next time are both from the 60's: 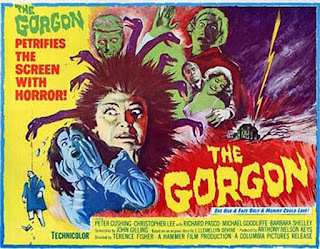