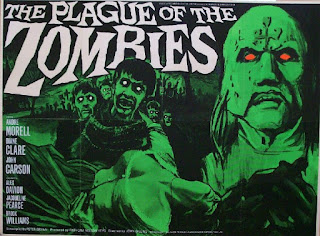 Episode six sounds like shit. I'm just being honest. Ryan and I screwed up on the levels and didn't bother checking when we started recording. We tried our best to salvage it, but it still sounds all robotic and wavy. We talked about recording the episode over again, but we had some good email, discussion, and jokes and if we recorded again, some of that would have been lost. So, we opted for good content over awful sound and posted it.

We apologize and promise that next time will sound much better. Thank you for muscling through it with us and we hope you enjoyed it anyway.

I'm really looking forward to these! 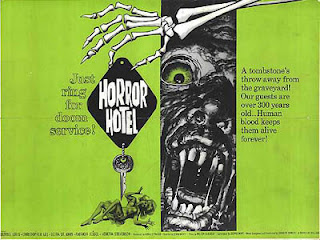 Until next time, friends!

P.S. I'm watching Exorcist III right now. Haven't watched it in years. It's as good as I remember.
Posted by Crypt of the Macabre