EPISODE 17: THE HALLOWEEN EPISODE (DRACULA: PRINCE OF DARKNESS & THE ASPHYX)

Hey! We're pretty damn proud of ourselves. We said we were going to post an episode on Halloween and we did it. Hooray and straight to hell with all the bastards that doubted us!

What exactly makes the Halloween episode different from our other episodes? Timing. That's all. Just timing. Everything else is the same. We talk about horror films and stuff and it's fun. We love this podcast and you should too.

We start out NOT talking about any books or music. We just head straight into the horrors with a bunch of movies that we've watched over the past few weeks. Ryan drops a bomb on everyone by admitting that he's just seen a classic for the first time in the past month. Jim babbles on about Fred Dekker movies that no one cares about, and there's some other fun stuff.

We eventually get to The Asphyx and Dracula: Prince of Darkness. Both great films, we thought, but John Weiners says otherwise with a scathing email about how bad he hates one of them.

For the Macabre Minute, we set up two heavyweight, classic horror films; Universal's classic The Mummy vs. Hammer's version of the same title. Who will win? Listen and find out! 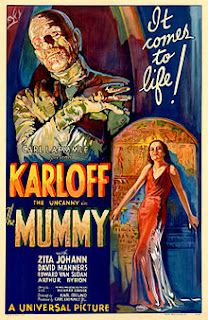 Films for next month: 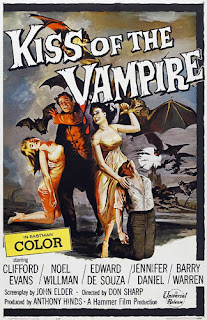 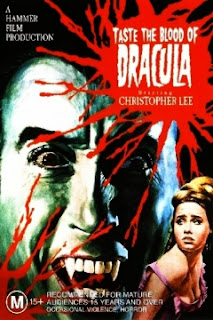 
Posted by Crypt of the Macabre